The Roman Empire in the Collective Psyche of Today's Christians 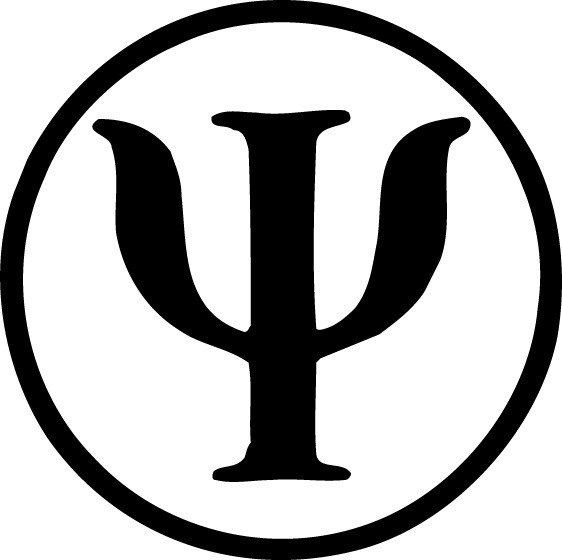 Rome Was the 'Eternal City' and Christians Believed the Roman Empire

Would Last till the Second Coming of Christ: Those Memories Persist

It may or may not come as a surprise that people always think, talk and wonder; so do Christians.  People also make mistakes and since Christians are people, they do too.  After the Second Jewish Commonwealth disappeared in A.D.135 Christians suddenly had no legal protection in the empire as "Jews."1 Between A.D.135 to the ascension of the Severan Dynasty things were real choppy for them.2  Not long after that the most extensive persecution Christians ever had to face, blossomed under the auspices of the Emperor Diocletian.  This persecution was not like the Neronic one where a local fire was blamed on local Christian scapegoats and the spectacle of tar and fire was only lit in Rome itself for a night.3  This persecution was not like the sporadic provincial incidents that happened under Trajan where letters from Pliny indicated that so-and-so was rumored to be a Christian and was brought to court for examination to see if that was true.4  This persecution was not the on again, off again hostilities Christians had to face at the hands of arrogant Roman soldiers out for lust and loot and easy targets.5

Diocletian was out for blood.6   But it was already too late.  At the last minute he realized that Christians had reached critical mass; unsafe numbers that posed a real social threat to the continuity of ancient Roman religion and the furtherance of polytheistic and philosophical institutions.  These endangered institutions had endured for a thousand years and more and, just when Diocletian

seemed most determined to finally check the 'disease' he saw as Christians, Constantine appeared on the scene.

In a few short years, by policies and by administrative genius, Constantine even moved the capital of the empire 1,718.8 km to the east and he literally changed everything, almost overnight.

And it was by this swift and stunning change of fortune that Christians found themselves suddenly catapulted from the lowest of the low, to the helm of the ship, as it were and, where a theology of vengeance and resentment had been nurtured (at the very least since the days of Nero) a new theology of the Christian church and the Roman Empire's preservation till the Second Coming of Christ and the end of the world begin to be entertained as a certainty.7  This idea came to be a normal belief as years, decades and centuries passed on.  In this essay we will explore how Christian beliefs about the Roman Empire still persist—in the writings of early Church Fathers as well as in the collective psyche of Orthodox and Roman Catholic savents.

In light of these things, no

presentations, no talks, and no discussions with Christians of any Patristic heritage (i.e., Catholic, Orthodox, Coptic, or Chaldean) is going to be without the authoritarian sensibilities that took over fifteen centuries to form and, we would do well to understand and appreciate how this world-view was articulated, is still an underpinning, and how we can negotiate a better understanding of New Testament eschatology, not centered on assumptions about Rome and the Church, but the Church, the Synagogue and the Apocalypse in antiquity.

Pseudo-Methodius, Islam and the Roman Empire

A surprising development in eschatology, in the late Roman Imperial period was the appearance of so-called Pseudo-Methodius Apocalyptic writings.  These were Christian attempts to grapple with and comes to terms with the rise and spread of Isalm.  It is, in a sense, a refutation of the idea that Byzantine Christians wholly rejected the Book of Revelation as a source of comfort, understanding and insight into what they saw as the menace of the rise of Islam in the Levant, Africa and Asia.  However, the writings introduce ideas that are clearly beyond the scope of anything advocated anywhere in the Bible, like, for example, the notion of a Messianic Roman Emperor who saves the Roman Empire from Islam in order to "deliver it up" to God.

"The manuscript begins with a history of the world, starting with Adam and Eve in the Garden of Eden, through to the Muslim conquests, and into the end-times. One notable feature about the work is the presence of sexuality with regards to Christian behavior in the end days—specifically discussing swinging, homosexuality, and cross-dressing as indicators of a sinful society. It is only then that the text says the “sons of Ishmael”, that is Muslims, will emerge from the desert of Ethribus to inflict God’s punishment upon the Christians who “slipped into depravity”. The Apocalypse also recounts the events that took place at the hands of Muslims in the previous decades. In invoking figures in other Christian eschatological literature, such as Gog and Magog, Pseudo-Methodius attempts to legitimize his place as a fourth century Church Father. The manuscript also notes the rise of an Emperor-Saviour figure, echoing the fourth century AD prophecy contributed to the legendary Tiburtine Sibyl. This Roman emperor will save the Christian lands from “the sons of Ishmael”, place his crown upon the cross “for the sake of the common salvation of all” thereby saving Christendom as a whole. The work is notable for its vivid description and brutality. Descriptions of drinking the blood of cattle, stabbing pregnant women, and feeding babies to animals permeate throughout the author’s work.

Ballard notes, however, that Pseudo-Methodius deviates from previous eschatological literature, such as Revelation, in that the Apocalypse utilizes Roman emperors as agents of change. For this reason, Griffith notes, the Apocalypse marks the end of the antique era and the dawn of the Middle Ages. Guenther also notes that Pseudo-Methodius was influenced by the books Revelation and Daniel, maintaining the lineage of Christian literature. This is an important feature as it shows the author was most likely a Christian cleric and was familiar with past Christian writings. By introducing new features into Christian literature while keeping core Christian beliefs and teachings intact helped to make the Apocalypse accessible to the laity, as well. Part of the Apocalypse’s influence is attributed to its ability to reflect the beliefs of Eastern Roman citizens; they are merely acting out foretold events, and mankind is bound with the fate of the empire and the capital.[20] This, again, helped to endear the piece to a widespread Byzantine audience." 8

From this quote it can be said that, in a sense, the Amillennialism of the late Roman period among Christians was far more politicized than the Amillennialism we know today (which is shorn of political implications and thinks of the end of the world in very broad and general terms).  Nevertheless, our goal is to bring forth the original understanding of the end of the world, but we can only see progress when we recognize the impact the long history of the Church under the Romans and over the Romans shaped, bent and twisted the Church's understanding of apocalyptic texts—in Daniel, in the Gospels, in the epistles and, most of all, in the Book of Revelation.

1 "Even after the Second Temple fell "everyone—Jews, Christians and Romans—still looked upon Christianity as a sect of Judaism. (Grayzel, Solomon, A History of the Jews, p. 172), and "Until the Bar Kochba revolt, 132-135, the difference between Judaism and Christianity was not clear event to most Jews.  The Roman government, the pagans and many Jews looked upon Christianity as a heretical sect in Judaism.  The Jewish Christians, who like Jesus and his immediate disciples believed in the need for following Jewish traditions, used to attend synagogues and participate in Jewish life.  But during the revolt it became clear to the Jews that neither Jewish Christians nor Gentiles Christians wanted the Jews to win.  On the contrary, the Christians were rather anxious to have the Jews defeated since the latter looked upon Bar Kochba as a messiah, and his victory would destroy many Christian claims for Jesus.  Some Christians were active against the Jews.  As a result the Jews adopted regulations which successfully excluded all Christians from the synagogues and from Jewish life in general.  For example, the Jews included in ther Amidah (the Eighteen Benedictions) a prayer asking for the disappearance of sectarians.  Thereafter, there was no more hope of reconciliation." (Ibid, p.199).

2 Eusebius wrote of a time “. . .when Severus was stirring up persecution against the churches, in every place splendid martyrdoms of the athletes of piety were accomplished”. (Hist. Eccl. V1.2.3).  Followers of Origen were put to death, Origen's father was martyred and Perpetua and Felicitas and other Christians were burned, confined and beheaded.

3 The account of Nero's atrocities against the innocent Christians of Rome is preserved in Josephus' Dissertation 3, Annals, Book 15.

4 Pliny, Proconsul of Bithynia wrote letters to Trajan about the problem of Christians in his region and asked for Trajan's advice on how they should be examined and punished to discover whether or not they were truly followers of Christ, or whether they had accepted the Gospel and afterward given it up. These correspondences can be found preserved in Josephus' Dissertation 3 Annals, Book 15 and date to the year A.D.112.

5 Persecutions of Christians happened off and on under the following Roman emperors: Nero, Domitian, Trajan, Hadrian, Marcus Aurelius, Septimus Severus, Maximus the Thracian, Decius, Valerian, Diocletian and Julian the Apostate.

7 The writings of Cyril of Jerusalem ('The Catechetical Lectures', published in A.D.350) laid a foundation, mostly from musings and ruminitions about the fourth kingdom of Daniel 7, the ten horns and the eleventh horn, all being part and parcel of the Roman Empire, the last days and the Second Coming of Christ, so, though authorities where uncertain about the details of the Book of Revelation, it was nevertheless true that Christians had very definite ideas about the future of the Roman Empire and the return of Jesus, none of which proved to be true, after all was said and done.  But the failure of Christian myths about the Roman Empire and Bible prophecy only begs the question about what New Testament prophecy was actually intended to represent when it first appeared in the last century of the Levitical Priesthood?

8 Source: The Apocalypse of Pseudo-Methodius/Wikipedia

Is Amillennialism True to the Book of Revelation?

Babylon the Great in the New Testament

The Role of Nero During 'Jacob's Trouble'

Captions: (1) The Greek letter ψ stands for psyche, pronounced "psi".  (2) The Roman Empire at its geatest extent in A.D.117 under Hadrian who, by the decree of God, put an end to the Second Jewish Commonwealth in a difficult war that lasted from A.D.132-136 and, finally (3) when the Roman Empire was 1,484 years old* it had dwindled down to a handful of tiny provinces (including Constantinople) on the eve of the Ottoman takeover on May 29, 1453.

*The Roman Republic officially became an empire under Augustus after his victory over Mark Antony and Queen Cleopatra in the Battle of Actuim on 2 September 31 B.C.