Courage the Backbone of Leadership

Is Amillennialism True to the New Testament? (Part Two) 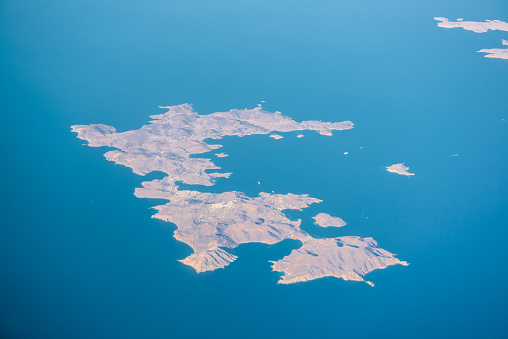 In Preparation for Part Three: A Chart for Your Consideration

Our recent study of Amillennialism (Is Amillennialism True to the New Testament, Part One) was an effort to highlight the inner logic of the view as it relates to the interpretation of the New Testament.  When we looked at the conditions which prevailed at the beginning of the Christian world, and the ambivalence exhibited towards the Book of Revelation, we can understand why the material provided in John's Revelation of Jesus Christ was almost entirely missing from the traditional explanation of what the Apocalypse is; when it was supposed to happen and what it was supposed to accomplish.

Our Part Two of this study is on the way, but in the meantime I want to offer this chart of a hypothetical "thought-tree" which highlights the overall complexity and makeup of the Amillennial ideological constellation.  Hopefully you will find it useful in your studies as well as your efforts to dialogue with any Christians who hold Amillennialism to be the exact representation of orthodox Bible eschatology.

If you have any questions, or would like to open up discussions on this topic, please see the discussion dropdown (above and to the far right) and feel free to offer your comments or inquiries.  Thank you!

In Amillennialism, the Book of Revelation first appeared in the A.D.90s.  This automatically excludes the end of the Second Temple and Jerusalem as Jesus knew it from being the main thrust of the book, but that is a presupposition that has to be proven.

Next, the first thing in the prologue we should notice is that the events should shortly come to pass.

Next, the seven churches of Asia are supposedly up against Roman persecutions and oppression (since the Jewish problem supposedly ended 25 years prior).  But Revelation 2:9 and 3:9 seem to suggest Semitic pressures.

Next, the seals and the four horsemen open up John's vision of the wrath of God bringing stars down and sending people to the caves and mountains calling and pleading, "Fall on us!"

According to Amillennialism, the falling stars of Revelation chapter 6:12-17 desribes the end of the universe and is a theme that will reiterate itself in Revelation 21:1, but both references are considered to be the same identical historical moment.

Next, Revelation chapter 7's one hundred and forty-four thousand and the Great Multitude are considered not to be Israelite believers on one side and Gentile believers on the other, but one and the same in significance, contrary to the reason and point of the text!

Next, the seven trumpets judgments commence and, here again, are considered in Amillennialism to represent one and the same thing as the seals which came before, a recapitulation, not progressively serious litany of destructive Acts of God  (as the narrative itself seems to suggest).

Next, John is commanded to measure the Temple of God, but since he was allegedly doing this in the last decade of the first century and it is supposedly the Church that he measure, since it could hardly be the Second Temple (which already lay in ruins from the Jewish war with the Romans).  The forty-two months of the outer court's trampling is spiritualized to mean the Church itself will be denegrated over history and, thus, instead of being three years and six months these forty-two months are reinterpreted to mean a period of more than twelve centuries!

Such a framework is a blow that destroys the timetable of important events contained within the pericope of Revelation 11 (see Revelation 11:8, 11, 15 and 18).  Also, considering the forty-two months to be a long-range symbol of time, while at the same time regarding the thousand year reign also as a symbol of long-range time can do nothing but cause hopeless interpretive confusion.

Next, Satan, in the Amillennial theory, was bound in the bottomless pit during the earthly ministry of Jesus.  But this, too, requires that, whatever is happening in Revelation 12:4 and 7-9, has to have already happened, perhaps at the beginning of creation itself WHEN THE ANGELS FELL.  The woman and the man child remind of the dangers Mary and Jesus faced from Herod (Matthew 2:13), but the Virgin Mary did not seek refuge in Egypt without Jesus, as this passage would seem to suggest (Revelation 12:5).

Next, the Sea Beast, in Amillennialism, points to the Roman Empire and its anti-Christian persecutions, ten in all, which stretched from Nero, in the first century, to Julian the Apostate, in the fourth century of the Church's existence.  Additionally, 666 is understood to be a coded reference to Nero's name.

The next major idea in the Book of Revelation is the fall of Babylon the Great (first announced in Revelation 14:8 and realized in Revelation 19:1-4).  This theme takes up center stage in the book, but here again, it is believed to be a veiled reference to Rome, not Jerusalem of the Second Temple period.

But the Book of Revelation, by being isolated from the rest of the New Testament and not enjoying cross-referential associations abundant in the Gospels, Acts and the epistles, this, almost above all else, is a very problematic aspect of Amillennialism on multiple levels!  In Amillennialism, for example, the Fall of Rome does not yield any marriage of Christ to the Church (Revelation 19:1-9), but if it was true, it should!

The judgment of the Sea Beast and the fall of Babylon the Great happen under the seven Bowl Judgments (Revelation 15:7-8 and 16:1-21).  But since the actual fall of Jerusalem happened in A.D.70 and not at the beginning of the war in A.D.66, it is impossible to avert that the Bowl Judgments are somehow the Seal Judgments which commenced forty-two months prior.

Next, the marriage of Christ to the Church.  In the aftermath of the destruction of the city Christ's marraige to the Church harks back to Jesus' Parable of the Wedding (see Matthew 22:1-8).  Logically, it is the fall of Jerusalem (not the fall of Rome) the leads to this union of the Son of God with the new people of God (again, Revelation 19:1-9).

Next, Revelation 20:2 and 3, 4, 5, 6 and 7 and the 42 month, 1,260 day period (Revelation 11:2 cf. 13:5 and 12:6 and 14), are considered different ways of talking about essentially the same thing, but by taking the millennial period back to the earthly ministry of Jesus, and by making these symbols and this time cross-equivalent with the forty-two months of Revelation 11:2, the narrative of the entire apocalyptic episode is made hopelessly unintelligible, with no discernable direction or logic.

Next, the release of Satan from the bottomless pit and the convergence and attack of Gog and Magog on the Church is considered a world-wide global event.  It is believed that this will happen at the very end of history, as we now know it (and this may not be soon, if the Second Law of Thermodynamics is supposed to have anything to do with the end of the world).  Here is where a sense of certainty returns!

Next, the new heaven and new earth are interpreted to mean that after a general resurrection God will make a physical new creation of the planet as well as the sky.  Amillennialists conceive that this sphere will be the "Eternal State" upon which the New Jerusalem resides and where all the saved will enjoy the Lord forever and ever.

Finally, when John supposedly received this message (in the late first century) the events were said to be "soon, impending, shortly and quickly to come to pass," yet twenty centuries have passed, the Roman Empire has passed and, for all practical purposes, and after everything has been said and done, Amillennial churches consider the Book of Revelation to be a sealed book (but see Revelation 22:10!).

The angel's warning to John not to seal the sayings of this book, because the time was at hand is overlooked as but another example of early Christian expectations of a speedy end of the world; it is not taken seriouly at all!  But the warning against moral dangers and the threat of suffering a second death in the lake of fire is taken at face value (as it should).  .

In the final analysis, because Christians are terribly confused about the meaning and significance of the Book of Revelation (and even the apocalypse of the entire New Testament) what the Bible says IS NOT CONSIDERED SALVIFIC (a matter of salvation), but the tradition of the CHURCH, which stands in direct denial of the claims of the Word of God, IS (people believe if you accept what the Bible says you are in serious error and stand in danger of going to hell!).

Because of the way Church tradition developed and neutralized prophecies of the end of the Second Jewish Commonwealth, it is all too easy for Christians to fear disbelieving Amillennialism in favor of the Bible itself.   Just a look at all the green areas of the Amillennial schema should tell everyone that it is a belief that is far from complete and far from mirroring anything remotely credible in relation to the existence or end of the Roman Empire itself.

A reminder of our goals for studying these issues with other Christians is in order: We believe the New Testament is definitely a dependable record.  We stand firm in believing it is a reliable body of information from Jewish antiquity representing the revelation/ Second Coming of Jesus Christ.  But the New Testament belief is quite radically different from the received traditions passed down to us principly from the Roman Catholic and Eastern Orthodox churches.  Now, to be fair, we do not believe all Catholic or Orthodox doctrines are unscriptural, but we do believe we should prove all things before accepting anything handed to us as "The Truth" as undisputable facts.

It is our conviction that the truth will benefit all Christians everywhere, no matter which association they may hold allegiance to.  Additionally, the claims of the New Testament, if taken in context of the Semitic civilization of Jesus and the Apostles, yields a dynamic framework of Christian ideas that is quite remarkable: We are eager to share this with any and all who are interested.

Please copy and share this material with others you believe may want to join this conversation.  Share your thoughts or reservations, too.  Please share the link to this site and recommend it to your friends, colleagues and loved ones.  Thank you!

Photo: the Island of Patmos off the coast of Asia Minor (modern day Turkey). Source:http://www.patmos.gr/the-island-of-patmos/?lang=en