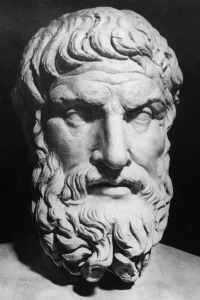 and God's Reaction to “Worldly Wisdom”

Scripture text: “And this is the condemnation, that light is come into the world, and men loved darkness rather than light, because their deeds were evil” (John 3:19).

Often when we come to a text of Scriptures we bring to it presuppositions that are foreign to its context and backstory. These presuppositions then color, shape and distort our interpretation of the situation in the passage.  But before we can truly understand the meaning of a passage of Scripture like that found in Matthew 11:20-24 (and especially verse 25) we need to understand the historic background and the transgressions or any violations which may be involved.

In the case of John 3:19 and Matthew 11:20-24 there is an important need to realize what came first.  In certain interpretive paradigms it is assumed that God’s rejection, without any logical rhyme or reason.

For example, a good question to ask is: Did God’s judgment in eternity past arbitrarily decree for certain Jews to be lost before they ever came into being? Or did a penalty arise and become a possibility after the fact of Jewry's apostasy from the Law of Moses into the philosophical framework and premises of

Epicurus of Samos and others?

When we understand and realize that Hellenism (not God’s eternal decrees) led the Jewish State away from the explicit beliefs and premises found in the Old Testament, we will realize that the apostasy put the people at such a disadvantage and handicap that it was difficult or impossible to assess who and what Jesus was or appraise his words and actions correctly.

Now, to be clear, departure from their heritage came with penalties (see Deuteronomy 28:15-68),1 but if they had remained faithful to the Law and the Prophets, important beliefs would have supported their reflection and assessment and acceptance of Jesus. What were these beliefs? Beliefs about God's ability to intervene in history, about his ability to work miracles through his servants, notions about his personal attention and constant care for the world, attitudes about his moral government, and about his love, mercy and judgment.

If we reflect on how these aspects of Israelite religion were abandoned, then we will understand how God’s people got into trouble, and why many people the ancient Jewish world were adverse and resistant and intransigent to the Gospel.

These insights will allow us to interpret New Testament passages and verses describing judgment, culpability and condemnation very differently than we would without this background knowledge.

The backdrop of first century Judæa's reflexive cynism about Jesus and his miracles was largely due to a world-view that would not allow to put up with or tolerate preternaturalism, this is, what could not be seen, heard, touched, smelt or tasted.  If it could not be explained, it could not be believed (Jude 10).

The fact remains that this dire and un-Isrealitish way of looking at reality came in the aftermath of the advent of Alexander the Great.  His Hellenistic cultural revolution and the wide variety of philosophical beliefs and conceptual superstitions and falsehoods (all contrary to the revealed will of God, his intent for his covenant people as contained in the Law of Moses) were embraced by the Jewish masses more and more.

Epicureanism, one of these beliefs, in particular, was conceived, systematized and popularized by Epicurus of the Greek island of Samos. This belief proved to be quite attractive, but at the same time it poisoned the Jewish world to such an extent that many would not and could not believe in angels, spirits or the resurrection, or miracles or any wonderful works of God (Luke 20:27-38 cf. Acts 23:8). But such a denial immediately calls into question entire assumptions implicit in the Old Testament from front to back. And, in fact, the Sadducee sect derived their extreme borderline atheistic leanings from the teachings of Epicurus.

And so, it is no wonder that the three cities could see Jesus' mighty works and take them with a grain of salt. Therefore, when we reinvestigate and understand the background of texts that seem to say God had it out for certain people before and apart from their own choices, we will see that that is really not the case at all. In other words, before we can assign an arbitrary predestination of God’s will for the cities of Chorazin, Bethsaida and Capernaum to be lost, we need to first understand that they departed from God when they embraced a philosophy about life and reality that had no real connection to the truth of God’s word which had, long ago, been given to their civilization.

1 This means the punishment was part of the national agreement with God and it was already set in time, rather than eternity.  And this also means that the penalty came as a natural result of the violation of that national agreement, just as had happened to the nation under King Saul, under Jeroboam and Rehoboam, during the divided kingdoms, in the Assyrian capture of the Ten Tribes and the Babylonian Captivity of Yehud.  The penalty of blindness did not mean that God, without reason, fated any first century Jews, Israelites, Idumeans, Godfearers, or Romans to the lake of fire, which is the second death—see 2 Peter 3:8-10 and Jude 23.